By: The Pirie Team

At Pirie Associates we love the seasonal changes that animate the places where we live and work.

Deep connection to place is fundamental to how we engage the built environment, and part of this is recognizing and celebrating the cycle of expansive, action-packed, long summer days evolving into the reflective, restorative, short winter days. On this day in the northern hemisphere, longer days begin their return, giving us ample time between now and summer to reflect and focus our thoughts and intentions.

In this spirit, this year we want to offer something a bit different than our usual year-end recap. Instead, we each want to share what we have been thinking about. This idea was inspired by Laura’s recent Thanksgiving experience, described at the close of this blog… 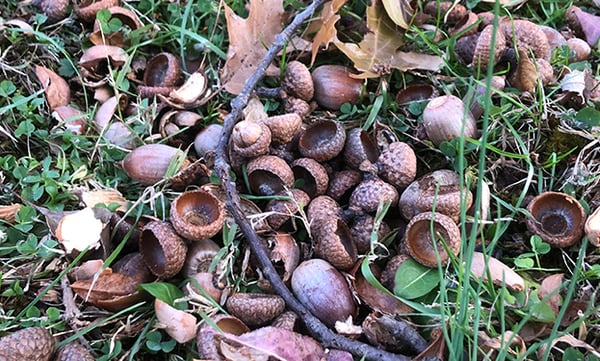 Paul Butkus has been thinking about:

The ways that both business and economic development seem to parallel nature. Oak trees appear to have a cycle where every few years they produce a bumper crop of acorns and taper off production for a few years following. In abundant acorn years the theory is that squirrels won’t be able to eat all of the acorns or remember where they buried them since there were just too many. In the spring, the forgotten or missed acorns will sprout guaranteeing a new generation of trees will grow.

Business operates on a similar cycle. Our acorns are potential project leads. In some years only a few are necessary since they fall on fertile ground, and if there was a mild winter, sprout and develop into a mighty oak. In other years, multiple leads have to be produced since the soil conditions, a rough winter, or competition from other squirrels, reduce the number of acorns that sprout and develop into mighty oaks. Sometimes, multiple acorns sprout but are destined to only grow into dwarf varieties of their majestic siblings. Each needs to be tended to generate a similar amount of biomass as the mighty oak.

In economic development, both strategies employed by nature need to be followed in order to develop a sustainable forest and weather difficult winters. The mighty oaks provide a secure canopy that can foster and protect the young saplings springing up beneath. In the event that there are no existing oaks, planting multiple types of seeds can lead to the type of diversity that will, in time, lead to a sustainable ecosystem that will likely include a few future oak trees. 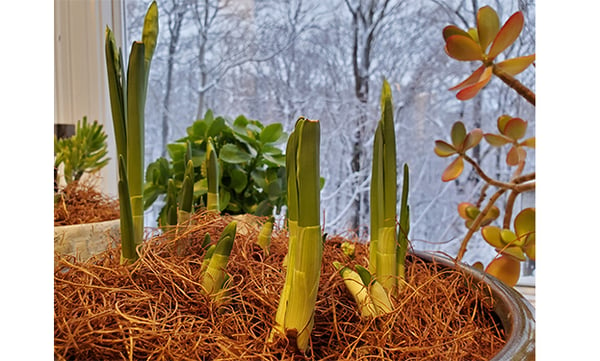 Becky Nichols has been thinking about:

Plants!  Plants in dormancy are amazing to me - how they look completely dead or are out of view entirely, but under the surface of the soil they’re alive and well.  Or at least I hope mine are!  We renovated a large garden area this year and didn’t get plants in until the end of the season.  We basically put them in as they were about to go to sleep for a long winter’s nap!  I always count down the days until spring, but this year, I am even more anxious, crossing my fingers that our little plant babies will “return to life.”  To get me through, I planted amaryllis and paperwhite bulbs – my first time ever doing this.  It is bringing me more joy than I even imagined.  They’re different from my other houseplants.  Watching something sprout and grow rapidly this time of year is like getting a taste of spring before you should.  It reminds me of when my grandfather used to sneak us kids a taste of frosting off the cake before it was time for dessert. 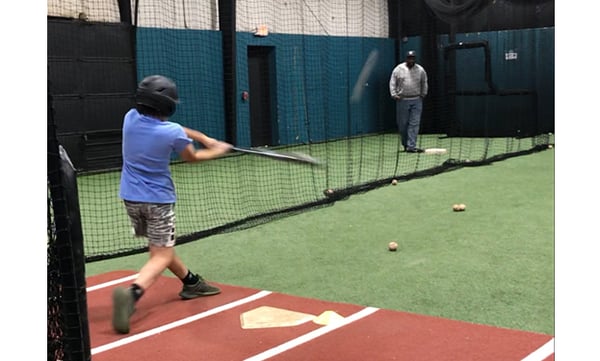 Brady Stone has been thinking about:

I attended 80+ of my 13 year-old son’s games and at least two times that number in practices. I refuse to even convert this into hours or days (or weeks) of baseball consumption. This year, I have come to appreciate this sport as a didactic tool and am grateful he selected this as his passion. At its core: have an approach - then adapt, balance confidence and humility, focus deeply and mindlessly, harness energy.  What does this not apply to? 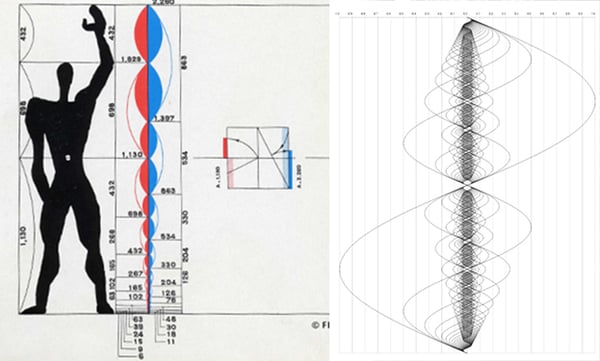 Charles Hickox has been thinking about:

I've been thinking about music, architecture, and parametric design. I like to imagine that architecture emerged when early hunters, in the rapid evolution of their practice, were experimenting with bounds of what was trappable. How about trapping an invisible game, space? But the captured air had no life, so music was invented to wake the animatron of this new domestic device, to imbue with vitality i.e. that of galloping beasts and climbing vines, hues of seasons; to introduce time. I am making this whimsical pitch (pun?) that architecture and music are not two metaphorical mirrors for each other, but two halves of one shared sensuality. But music has been equipped with a written language to map the sensual: you have the civic perfect 5th and the homely---but loving--major 3rd, and so on. The form and intent of these intervals is easily replicated in architecture.  But what about a tritone? The destabilizing Minor7flat5? The warily ascendant 9sus4? The science of transcription gives music an advantage in that every exotic proportional formula has a name and its sensual future, the degree of its resolution or destabilization, can be prescribed. Architecture has always struggled against the written version of itself (ex. Prokopios on the Hagia Sophia), BUT*MINOR7FLAT5* maybe that’s changing!  Parametricism has scripted-- or rather,  scored Architecture. Much has been made of the symphonic built forms of parametric architecture, but what about the fact that these forms were accompanied by a written transcription? I see a complex new vocabulary emerging of architectural chords: parametric V9sus4 to Imaj7. 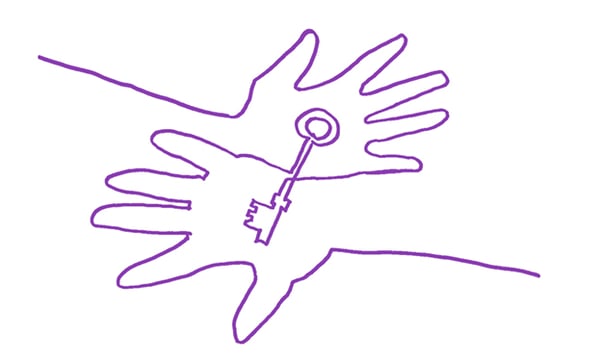 Monica Perez del Rio has been thinking about:

I am interested in how to be a better observer, listener, and receiver of the important things that happen around us, how to catch the precious moment of connection with a person, or with an idea. Reading carefully, listening with attention, looking in the eyes, or positioning your body in a posture that says…I am interested.

I believe that being a good listener is an attitude. Stop your hectic life for a moment to pay attention to what is happening right now, right here. Show that you care and that what other people have to say matters.

If you observe the way in which your clients are more comfortable communicating, you will be able to talk in their language, creating the possibility of a strong connection between you that will help in the process of developing a project together.

The secret key to communication is connection, and connection is personal. The generous act of giving your valuable time to someone else will ALWAYS be returned! 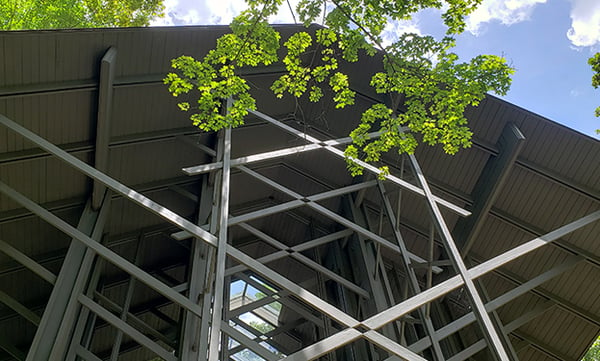 Danielle Davis has been thinking about:

The meaning of “putting down roots” is pretty clear when you’re talking about plants, but what does it mean for people? How do we take root? So much of what makes us whole is hidden from the eye. It may seem that what we project into the world is ephemeral; our time, our energy is quickly expended. It may feel like it’s gone, but rest assured. It’s still there. We’ve just put down roots instead of branches. 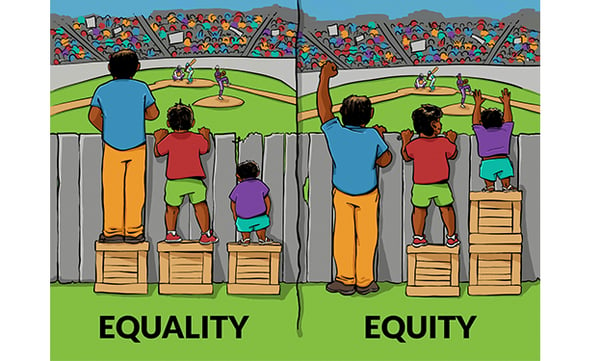 Melissa Arminio Kops has been thinking about:

My sister and I have been having discussions about raising the minimum wage. We are on relatively opposite sides of the issue; she thinks a lower minimum wage motivates people to better themselves, and I think anyone who works a 40 hour job should be able to afford the basic necessities, regardless of the job's skill level. She grants that the minimum wage should be slightly higher than it is, and we both agree that we need to invest in healthcare and education to reduce their contribution to the cost of living. We haven't solved inequality, but our mutual respect for each other allows us to have a civil discussion and a desire to find common ground, which is something I wish was more common in political discourse today. 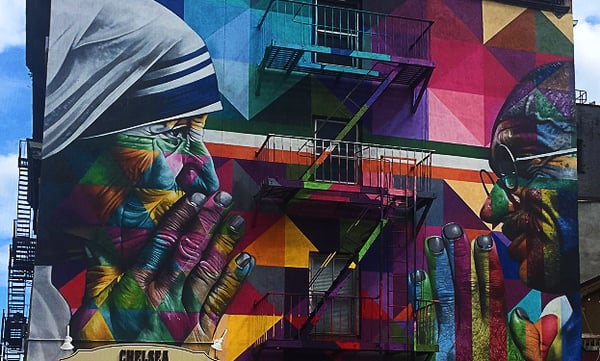 Laura Pirie has been thinking about:

Over the Thanksgiving holiday, I watched with delight as my adult son engaged with the extended family. He asked: “What have you been thinking about lately?” Rather than the typical “How are you?” or “How is work?,” his question stopped most folks in their tracks. The question landed. I could see each person dig for a moment before responding. Some thanked him for asking such a wonderful question. Some were excited that he really wanted to hear their answer. I was especially delighted because I saw how this provoked extended conversations that continued for days. I saw how much people responded to being sincerely asked and then sincerely listened to.

First, I had to laugh at myself because the hallmark of our design practice is paying attention - to nuances, to things not said, to gestures that communicate - so we can design more responsive and more impactful built environments. I listen like this because people are not necessarily trained to communicate in a way that an architect needs, and its my job to listen in every way I can with every tool I have to hear the full story to make a brilliant place together.

So as the days lengthen, I’ll be paying close attention to where I put my attention.  And I hope to share a lovely conversation with you in the New Year! Be well! 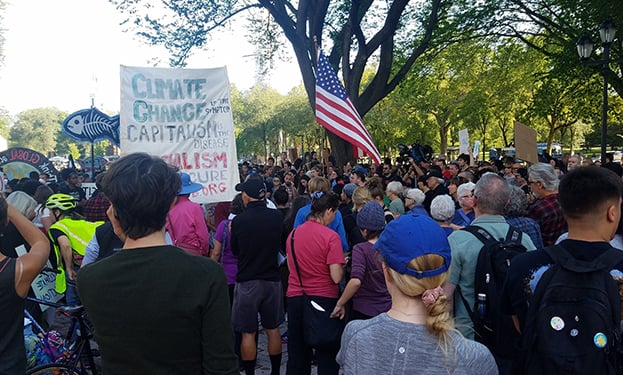 Climate in the Balance 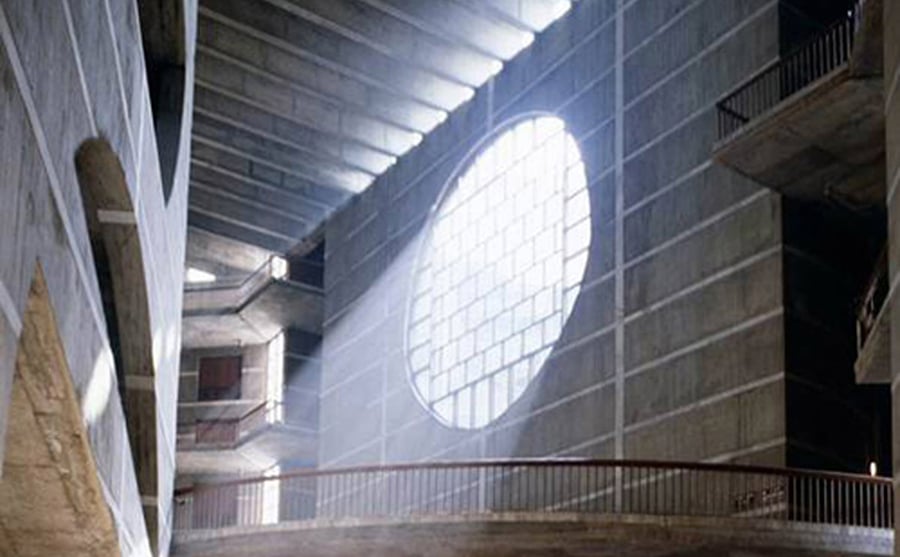 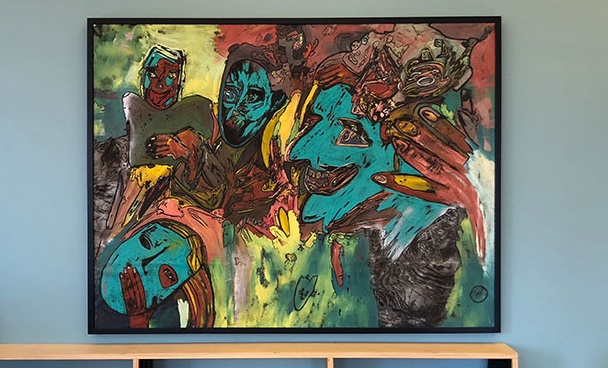 We Don't Hang Images of Our Projects in Our Office. Here's Why.