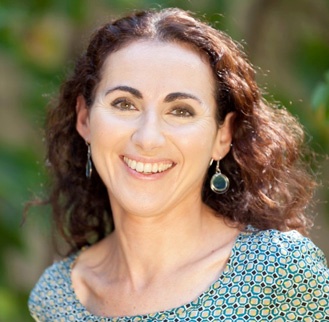 Monica Perez del Rio, RA  has practiced architecture, urban planning, exhibition design, and interpretive design for over 15 years in three different countries. She began her career as a competition designer with AD+ Projects in Spain and, less than a year later, moved to France to work with Jean de Gastines and Shigeru Ban. Notable projects include the extensively published social housing project in Mulhouse and the French Ministry of Culture’s presidential platform at the Place de la Concorde in Paris.

Monica’s design approach is most informed by her belief in the strength of human being.  She feels it is our responsibility to use our intellect and creativity to improve the quality of our society and heal our planet.  Monica’s design perspective is also shaped by her passion for art in all its forms which led her to practice as an exhibition designer in both France and the U.S.  She worked on several exhibitions including “The Yale Las Vegas Studio and the Work of Venturi Scott Brown & Associates” for the Yale School of Architecture and “Eero Saarinen: Shaping the Future” for the Yale University Art Gallery.

Monica has been interested in art and architecture for as long as she can remember, but it was during a summer vacation with her architect uncle (one of several architects in the family) that she consciously decided to pursue this path. She was surrounded by the magic and natural beauty of Lanzarote Island and the delicate architecture of the internationally acclaimed Cesar Manrique. Deeply inspired, she dreamed not just of creating built spaces, but of intimately integrating them with their environment.

Monica graduated from the School of Architecture of Valladolid in Spain, and also studied urban planning at the Saint Etienne in France. She was the recipient of three fellowships: two awarded by the European Union and one by the Spanish Institute of Architecture.  To expand her knowledge about environmentally sustainable design, she attended classes at the Yale School of Forestry, the Seville Solar Energy Center and the University of Hawaii.  She has been honored with several design competition awards including four first place awards and one merit award.