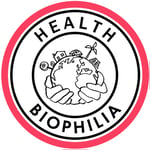 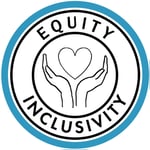 As part of an effort by Yale University Properties to invigorate “The Shops at Yale,” we were asked to study and improve the connection between the Chapel and Broadway shopping districts, as well as integrate branded elements into the area. In a master plan style over several stages, we developed design strategies and options to create a distinctive pedestrian experience that included lighting, signage, parking, and landscape improvements. A sculpture trail was proposed as part of the “identity of the site” to showcase the rich visual art culture of New Haven and to use some of the Yale Art Gallery’s collection for placemaking in the public realm. An additional part of the scope was to develop the Broadway median, which is currently underutilized and is pivotal to the success of the shopping area. We proposed two small retail/commercial pavilions, recreation activities, and interpretive design elements to communicate New Haven Downtown and Broadway history.

Two “brick” buildings are proposed in the southeast and northwest sides of the site creating a multifunction plaza in between them, including an outdoor café and movie arena.

Two glass pavilions are located in the site as part of a playful landscape and interpretive design learning walk. Art and history elements are integrated in the site.

Have a similar project?